How We Participate in a Spiritual War 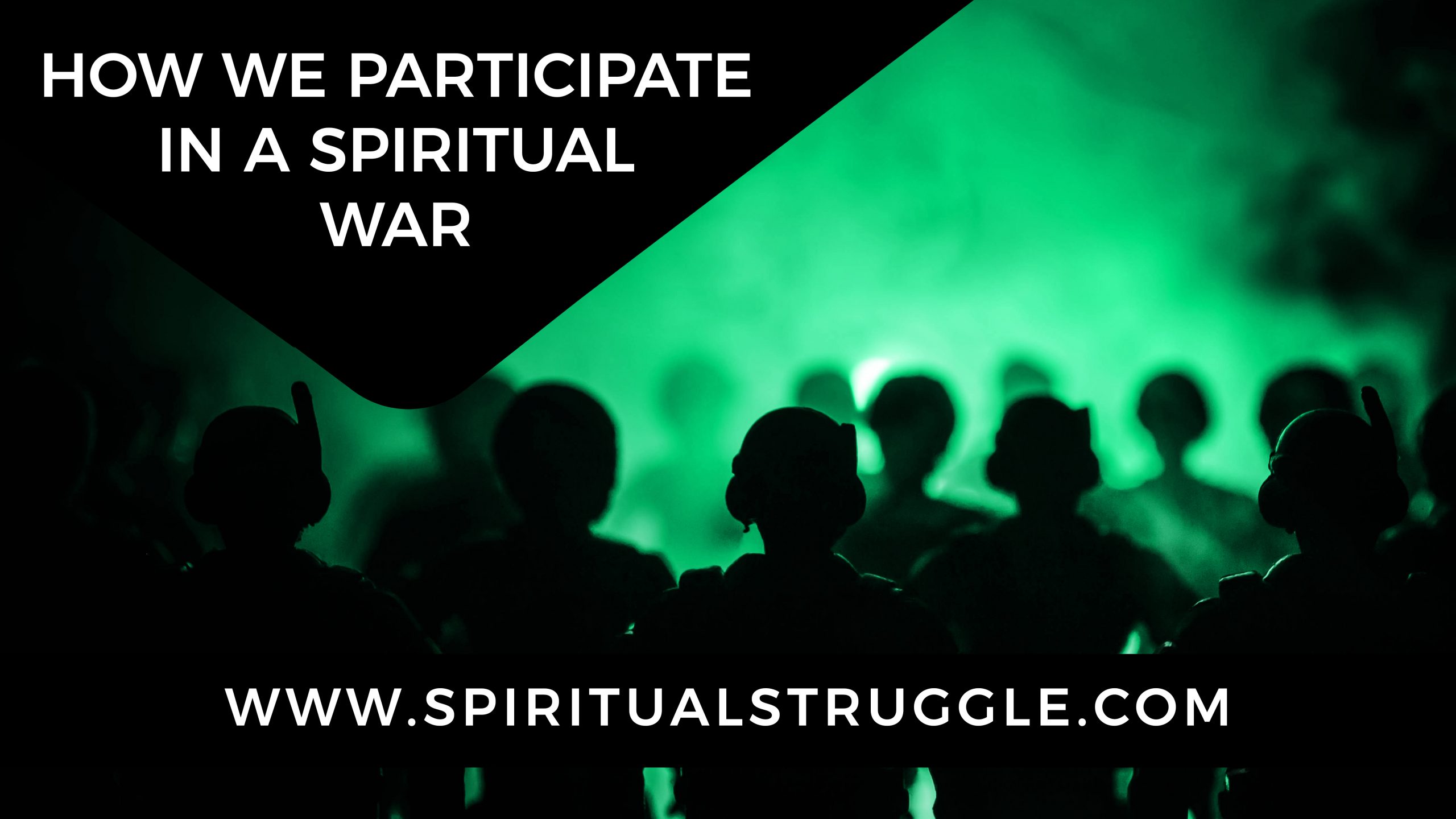 It ought to go without saying that a Spiritual War is prosecuted in a different way from a conventional one.  And since we know that the Kingdom of God is in many ways an upside-down kingdom, it should also be no surprise that it has to be fought in a way exactly opposite of a human one.

I’d recently come across the prayer, “let us learn to practice war no more,” and was overcome with the thought that this is exactly how we’re supposed to fight in a spiritual one.

While I will likely come back and add other examples of this in the future, at the moment the best example I can think of comes out of current events.  Those events, though, aren’t where my main focus lies.  Instead I’d like to focus on the response to those events.  Let me share some examples I’ve seen on social media:

One person shared the somewhat on-the-nose quote, “Blessed are the peacemakers…” The response?  “You can’t make peace with people who are intent on violence.”

Who else do you make peace with but the violent?

Another much more common example I’ll paraphrase: “Don’t talk about how bad things are for you – they’re as bad or worse over here.”

Or the most basic suggestion that what these protesters and rioters are doing is irrational.  After all, they’re destroying their own communities.

I could go on, but I hope there’s no need.  We’ve all seen these kinds of well-reasoned and logical arguments.  So why aren’t they convincing?

I would suggest and submit that there are two reasons.  First, the reasonable and rational one: They don’t address the actual problem.  Which in turn gets to the second: These arguments don’t bring unity or peace.  Quite the opposite, in fact.

These arguments are actually waging a spiritual battle against those other people.

Remember that those who aren’t with us are against us.

Some might say that they’re opposing evil by making these arguments.  It seems to me that they’re wrong.  Let me take a moment to explain why.

“Whys” are important.  In this case of current events, these protests have come on the heels of a great injustice.  It’s one what we’ve all seen and completely understand.  Even so, there are those who defend that injustice.  This also wages a spiritual war against the protesters.

But even though this case is one we all see as wrong, the answer tends to be that justice will be done.  The man or people who were liable in this crime will be brought to justice.  Some would say that will be the end of the matter but those protesting see and understand that.  They also know what their lives are like.

There’s a common refrain amongst the protestors and those who support them that I admit I didn’t fully grasp until recently.  That is summed up as: never in the history of the black community in America has it ever had anything but an adversarial relationship with the police.

This is the point of the protests as best as I can tell.

The same is true of the current situation.  When people divert away from the question at hand – namely, the longstanding opposition of the American government and the black community – how much work gets done healing that divide?

And what happens when the oppressed see little movement?  Well, I think we’re seeing it.

I think it’s also reasonable to think that those who want this injustice corrected are just as angry at those who are trying to use their own missions and protests for their own purposes.  It’s important to remember that this is a spiritual war.  Those forces who are using the protests don’t want to see that divide healed and they want to stir up hate and discord among those who ought to be allies.

Which brings me to another point that I think ought to be of the highest importance in this situation.  The black community, spiritually, has more in common (or at least ought to) with white evangelicals (and every other flavor of Christian, honestly) than we have differences.  Historically they have been a deeply religious, faithful community.

We’re on the same side when it comes right down to it, so why do we tear them down?  Why do we tear each other down?

We are on the same side!

But I do recognize it’s hard to see this.  After all, white culture hasn’t had to endure what black culture has.

So let me put on my storyteller/filmmaker hat for a moment.  On the same weekend that these protests have really started to take off, what series of films was on television? The Hunger Games.

In watching, I was struck by the obvious parallels.  If you want to understand riots, pillaging, burning, and looting, I think you need look no further than your Netflix or Amazon Prime account. But let me break it down:

The people of the Districts lost a war and have been oppressed by the Capital for seventy-five years. But some are less oppressed than others.  They have certain rights and privileges while others have none.

Now let me place modern events in this context.  A question I hear asked regularly is, “Why do they destroy their own neighborhoods and businesses?  Now they won’t have a place to live or a job to go to.”

I can imagine a resident of District One asking much the same question of the residences of Seven or Twelve.

But to the people in those districts, those jobs and homes are a sign of the oppression they live under.  They resent the way they’re made to live and the fact that they seem to have little choice in the matter.

So what’s the right response to things that oppress us?  I think, to throw them off and destroy them if you can.

Perhaps with that in mind, rioting makes more sense now.  Those homes and jobs (projects and minimum wage) are more than mere symbols of oppression.  They are the oppression.  And sometimes you have to destroy them, regardless of the cost.

Another lesson that can be taken from Hunger Games is you do have to be careful of your allies.  Sometimes those who seem to be on your side can be worse than those you’ve set out against.

In this case I would exhort protestors to throw out anyone who isn’t there for the same reasons you are.  Don’t let anyone use you.  Don’t let anyone change the subject.  You have right and righteousness on your side – never waiver from that.

In fact, this is my call to all Christians—my fellow Spiritual Warriors:

You have right and righteousness on your side: never waiver from that.

This is the only way we can fight in a spiritual war.  Not with weapons shaped by human hands and not with our own self-righteousness, but with His on both accounts.

Now pick them up and choose the right side.